Understanding carbon tax and what it means for businesses

It's important that every business understands the purpose behind carbon tax and how to deal with it. Here we look at why carbon tax was first created, which countries are adopting it and what they've learnt so far.

Why is carbon tax necessary?

CO2 (Carbon Dioxide) is a heat-trapping greenhouse gas (GHG) that contributes significantly to global warming causing significant damage to the environment and human health. Since greenhouse gas emissions are closely related to the carbon content of fossil fuels, this negative externality (the environmental cost which is not included in the pricing of fossil fuels) can be compensated for by taxing the carbon content of such fuels.

There is no disputing that the environment is a public good. Therefore, is the idea that those who emit carbon should pay to repair the damage their emissions cause such a bad one? However, there is a historic track record of greenhouse gas emitters not paying their fair share. It has been argued that this ultimately reflects a market failure, which carbon tax seeks to correct. Carbon tax internalizes the cost an individual might have excluded when making the decision to purchase and use fossil fuels. Carbon pricing factors in all external costs, which influences the behavior of consumers and producers to invest or adopt low carbon products, technologies and processes.

Learnings from carbon tax so far

In early 2018, more than 25 national and subnational carbon tax systems were implemented or had been scheduled to be implemented around the world. 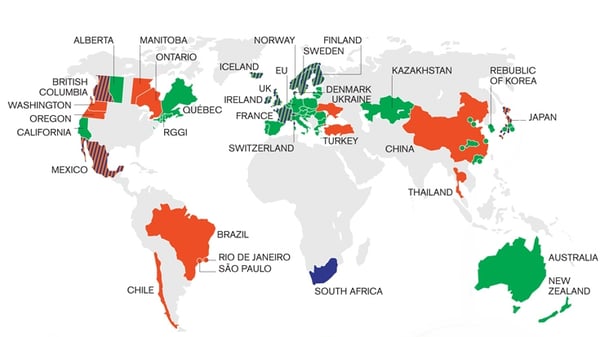 Figure 1: A global perspective of where Carbon Tax and other ‘Emission Trading Schemes’ (ETS) have been discussed, scheduled and implemented.

During the negotiations of the Kyoto Protocol, the European Union was a strong proponent of a carbon tax. This led to carbon taxes being implemented, mostly in Scandinavian countries, during the early 1990s and later extended across  Europe. In the mid-2000s countries such as Switzerland, Iceland, Ireland, Japan, Mexico, Portugal and Canadian provinces of British Columbia and Alberta also implemented a carbon tax.

Table 1: Effects of CO2 taxes as identified by selected studies with differing focus.

Carbon emissions have declined in Finland, Denmark, Sweden and the Netherlands relative to those in 13 other European countries in which carbon taxes are not implemented. However, the economic component of implementing a carbon tax has left many wondering what the impact would be on a country’s economy. Using British Columbia as an example, the Candadian province amassed $1 billion in revenue generated by their carbon tax, which has been returned to households and businesses through different mechanisms - such as tax credits or having tax rates reduced.

The state of New York has just passed one of the most aggressive pieces of climate legislation - the Climate Leadership and Community Protection Act. While there are arguments for the Act and others against it, the fact remains that the legal landscape is changing  quickly and globally.

Part of New York’s climate policy has been the establishment of ambitious greenhouse gas emission reduction targets; reducing the total emissions in the state 85% below 1990 levels by 2050. Furthermore, the State wants to offset the remaining 15% by removing carbon dioxide from the atmosphere to essentially have a net-zero economy.

Why would this be considered aggressive? Well, New York's economy currently derives 80% of its energy from fossil fuels, with the bill requiring 70% of the grids electricity to come from renewable sources by 2030, even though only 26.4% came from renewables in 2018.

More recently, the United Kingdom recently amended The Climate Change Act 2008 and set new 2050 targets. Similar to those highlighted in New York, the UK’s net carbon account for the year 2050 must be lower than the 1990 baseline from 80% to 100%. The amendments also give power for the provision of a system of carbon budgeting and the establishment of trading schemes. This aims to limit GHG emissions and encourage activities that reduce or remove emissions from the atmosphere.

More countries are jumping onboard

Within an African context, there are only two African countries that have implemented a carbon tax - Zimbabwe and most recently South Africa. While the African continent contributes less than 4% to global GHG, South Africa alone is 65% of those emissions. South Africa also has the 6th largest recoverable coal reserves in the world, 95% of Africa’s coal reserves. The country’s energy sector contributes 15% to its GDP and 78.7% of total GHG emissions. Coal contributes 73% of the primary energy source, responsible for 93% of electricity production. South Africa is just one small part of a vast global network of production – but because of the country’s resource base and technological development, it is especially carbon intensive. 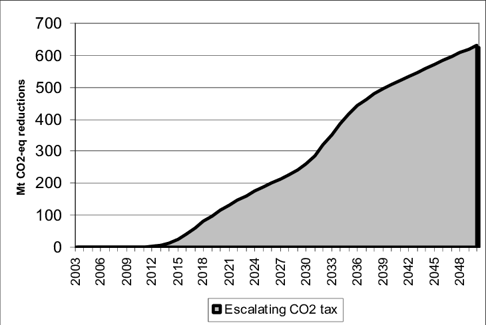 With an ever increasing amount of carbon dioxide emitted into the atmosphere, governments are turning to the law more frequently, as a tool, to combat this. Some 40 countries and 20 cities/provinces/states have employed carbon tax and other carbon trading schemes as a means to curb emission levels. It was legal policies that provided a platform from which all of these carbon tools could be implemented. As we can see in the current global political climate, a trend is being established in which new Acts and policies are coming to pass with stronger, more ambitious goals - as the city of New York and the United Kingdom would show us. This is giving rise to what many consider to be a sustainable future in which the environment and humans can benefit.

How regulatory technology can help you with carbon tax

Libryo uses regulatory tracking technology that enables you to stay on top of legal updates, internationally and domestically. With regards to carbon tax, Libryo organizes your law, making it easy to find your obligations specific to the tax base, subject to tax, the rate and calculation of the amount of tax payable, allowances, and the tax period. This means you know what your legal requirements are instantly and how to comply with them.

Learn more about how regulatory technology could help your organisation in this podcast: How Libryo is redesigning the global regulatory mess.

We'd love to know what you thought about this post.

For the countries listed below, Libryo will be using its regulatory tracking technology to keep this live blog of new ...

Libryo fights the regulatory burden of COVID-19 with free access

For a three-month period from today, Libryo is offering its regulatory tracking application for free to organisations op...

How to link your legal requirements to your risk assessment?

Learn about the importance of risk assessments and how the process of linking your legal requirements can bring a whol...

Updates delivered to your inbox.

Get your monthly recap of Libryo's best articles!